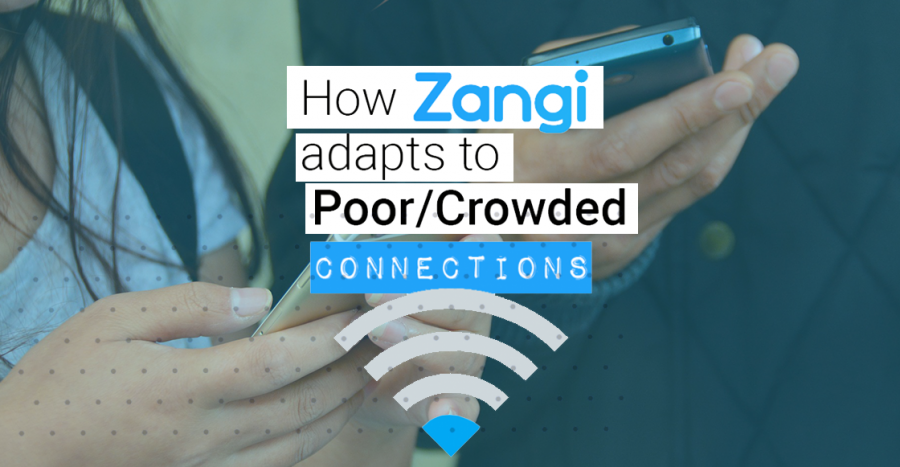 When we say Zangi is a resilient & adaptable messenger for poor internet connections, and great for travelers or those in rural areas, we really mean it.

Adapts to your EDGE internet connection

A traveler must-have to save on roaming.

For travelers, Zangi also has a special “Low Data Mode” to save on roaming when traveling. When turning on this mode you can make low-cost calls and messages, paying 6X less for cheap data roaming. By using the Zangi app, there’s no need to get a local SIM card in every country you stop at.

The“Low Data Mode” also benefits those of you who are paying per data used. With this mode you can make up to 7 minute calls consuming just 1 MB.

Many countries and rural areas still use satellite Internet. This makes the Internet expensive and limits the speed. “The Low Data Mode” helps with speed and gives you more for your money.

Zangi works everywhere, even in countries where WhatsApp, Viber, and others are banned such as China, the United Arab Emirates (UAE), Iran, Syria, and others.

Use at crowded airport, festivals or concerts.

In the airport, or in huge crowds at a festival or concert, or if you choose to use sucky hotel or cafe wifi, Zangi quickly adapts to any connection available and still work with the same bandwidth.

Zangi keeps you securely connected in public spaces, cafés, airports, or poor or noisy network environments and automatically adapts to your Internet connection to always provide you with high-quality video chat and voice.

Zangi free video chats are clean and uninterrupted thanks to our technologies that uses the least bandwidth and recovers lost voice and video data.

How does it work?

Zangi-developed Streaming Control Protocol (SCP) was designed to replace Realtime Transportation Protocol (RTP) as a standard for online data transmission. SCP works by reducing the size of the payload format in order to carry up to 25% more data in IP networks on the same bandwidth. The advantages provided by SCP include low bandwidth usage, smart Internet channel for data transmission, fast and smart recovery for lost packages, quality-adaptive system and a fully codec-independent platform. To use so much less data, what Zangi does is makes up by reducing the quality of your call. Still we try to provide the highest quality possible at your condition. But please note for the highest quality calls, turn off your “Low Data Mode” and connect to the best possible internet/WI-FI connection.

Zangi Messenger is one of the first to officially release the new type of data transfer for their users, which utilize 5G standards.

As the creators of SCP, of course, we did not forget to prioritize and highlight the security of the Protocol. While decade-old security protocols: RTP, HTTP, FTP make it very hard to integrate or adjust to modern technologies (similar to the difficulties they have with mobile internet), SCP’s protocol-level supports all modern End to End Encryption algorithms.

Guys till now the product is excellent for me